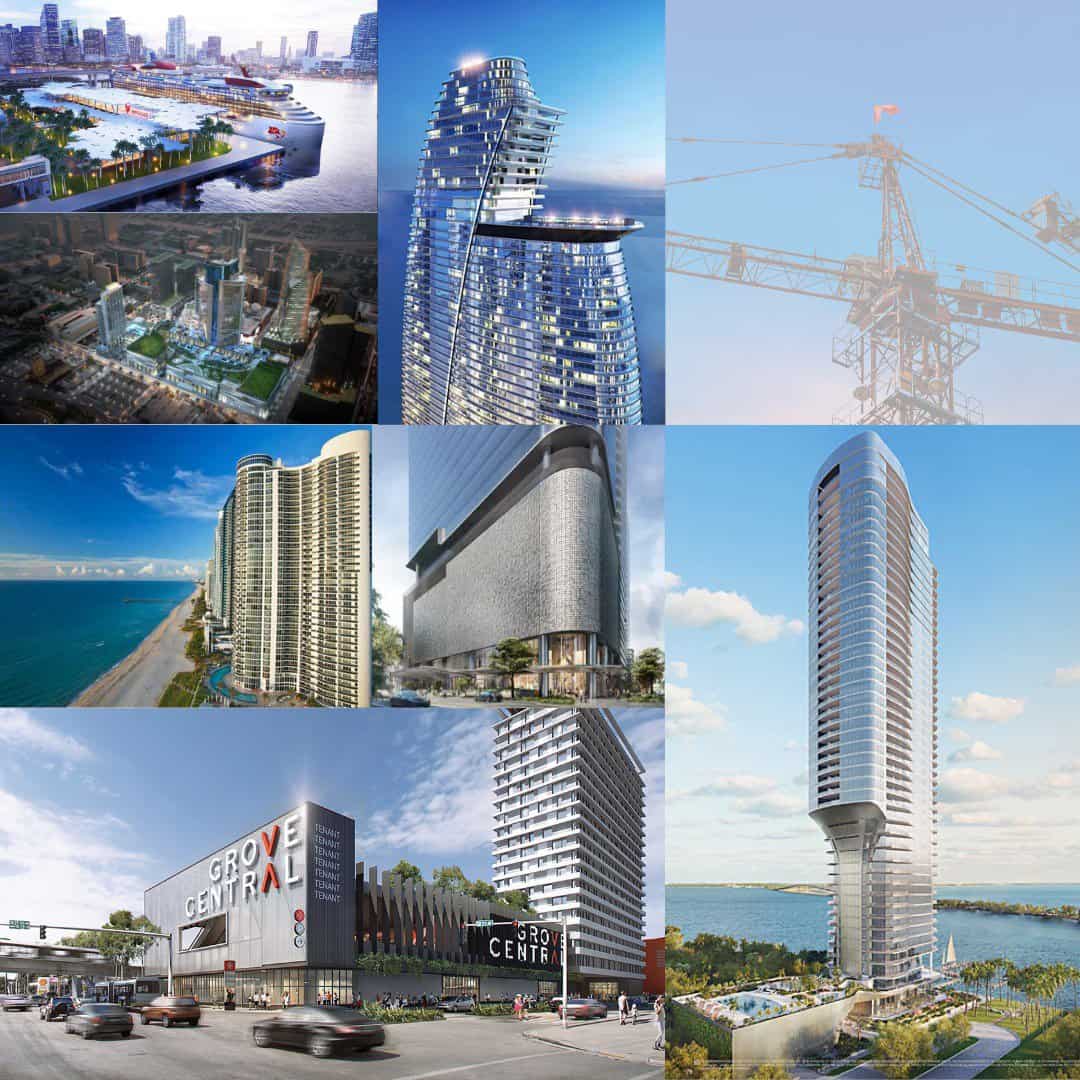 While much of the country suffered economically under Covid-19's hold, Miami-Dade has seen tremendous growth. With businesses and individuals fleeing crowded cities, while also pursuing a favorable tax climate, we’ve seen a boom. Mayor Suarez and Miami-Dade County’s push to make Miami the ‘Capital of Capital’ and the ‘Next Silicon Valley’ have only accelerated the migration. Don’t blink or you may miss another project getting started. We’ve compiled a glimpse of the projects you’ll soon see gracing the Miami skyline or shoreline.

Set to deliver later this year, the Virgin Cruise Terminal is a 100,000 sq ft project on the NW side of the Port of Miami. Terminal V, as it’s called, is an exclusive terminal dedicated to Virgin Voyages. It will have a tropical-inspired feel and will house the line’s first ship, the Scarlet Lady. It is estimated to cost $180 million.

With adjusted delivery dates into next year, Miami World Center is a mixed-use project in the Park West neighborhood. The 25-acre project includes a convention center with 600,000 sq ft of space, a hotel with 1,800 keys, street-level retail, a large anchor space, and a 55-story residential building residential which already adorns the skyline.

Adorning Biscayne Bay, the Astin Martin Tower will be a sailboat-shaped, 66-story mega-tower that rises 816 feet. It is expected to be the tallest residential building south of New York when it’s completed in 2022. The building will house 400 residential units and the penthouse will come with an Astin Martin.

A 2-tower, ultra-luxury development, the Estates as Aqualina will house just 248 condo residences in Sunny Isles. Its 5.6-acre site enjoys 502 linear feet of private beach. There will also be 45,000 sq ft of amenity space on the property.

Sole Miami is a mixed-use development being built near Biscayne Bay. The 183-acre master-planned community, housed on land that was once a landfill, will contain 12 residential towers totaling 4,000 units. The crown jewel of the property will be the man-made, 7-acre, swimmable water feature known as Crystal Lagoon.

830 Brickell is one of the few true office buildings being built in Miami. It brings 640,000 sq ft of premium commercial offerings to Miami’s financial center. The tower will measure 732 ft and be 57 stories. The expected completion is 2022.

In early 2023, Grove Central will deliver a transit-oriented, mixed-use development to US-1 and SW 27th Ave. This solar-powered, 170,000 sq ft complex will contain 402 house units and 1300 parking stalls.

The Una Tower, located in Brickell’s bayfront by 25th Ave., will house 130 residences on 47 floors. It is expected to deliver in 2023.

Anything big that we’ve missed? There’s so much going on, we’d love to hear about it! 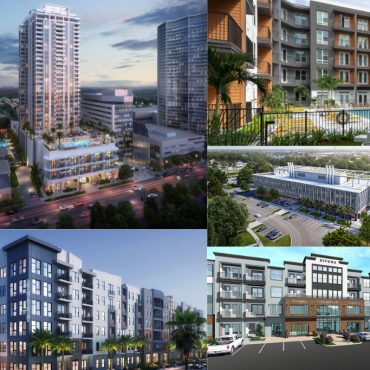 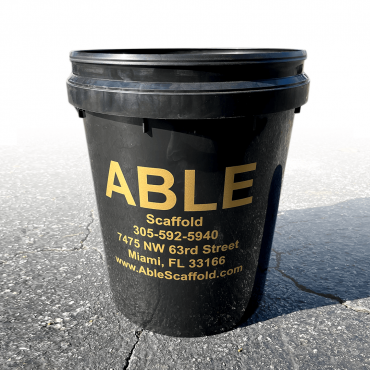 Welcome to the Team: Michelle Diaz

Supply Chain and the Construction Industry